Design for an infrastructural landscape

One of the most striking places in Berlin of the 20s - the AVUS NORTH CURVE - has largely disappeared from the memory of the city. Formerly designed as a fast paced high banked curve, even though the place still exists, its function as a park and a garbage dump, as a sand landfill and camp for urban nomads has lead it to become a neglected fringe of the city. At the northern end of the long straight highway, which was a race track for motorsport events up until 1998, Berlin travelers are welcomed with a significant Ensemble: Radio Tower, AVUS Tribune, ICE and the circular AVUS Motel.

The terrain of the NORTH CURVE is not understood without its counterpart, the SOUTH CURVE, which today - also reshaped - is virtually a natural topography in the Grunewald forest. Our thesis aims to rematerialize the geometry of the NORTH CURVE as architecture, which will open the dialog to the South CURVE. This city entrée is then completed by such a distinctive element. The slightly sloping oval right in front of the NORTH CURVE is also part of the planning scenario. On the basis of diagrammatic studies of the motion lines of this place of mobility as well as its history and its current informal use (A ' Torre David ' as an area), a design is to be developed, which brings the potential of the place back to life. In order to reactivate this both exposed and fascinating place, a strategy of programmatic diversity of use is provided. The structural forming element of the design will be the establishment of a long-distance bus station. Between curved paths, new spaces are developed which take on usage between travel and leisure: Travel center, hotel, sports and park landscape, micro-economies, urban gardening, camping, auto repair shop, etc. 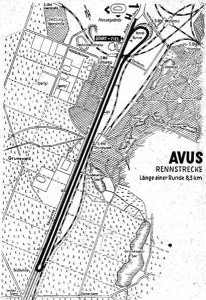 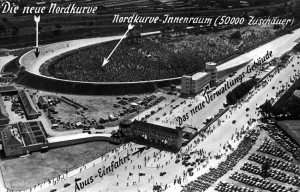 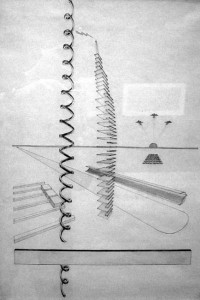 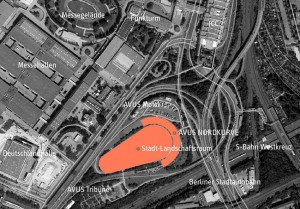 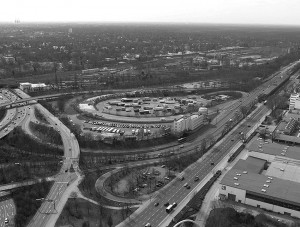 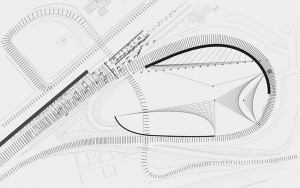 accelerate and slow down diagram 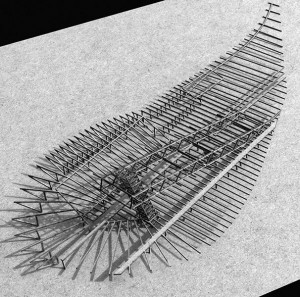 concept model _slowing down and accelerating 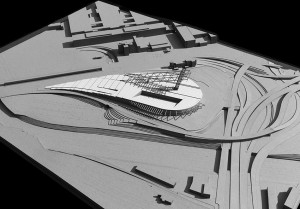 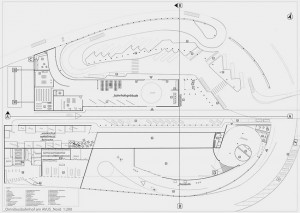 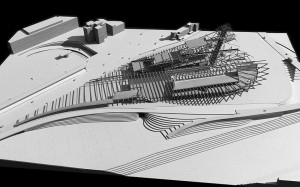 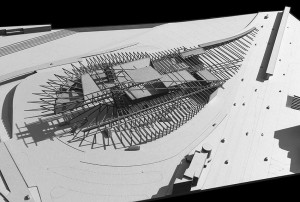 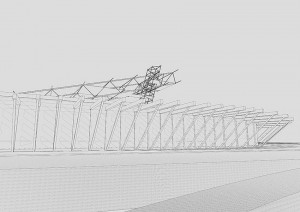 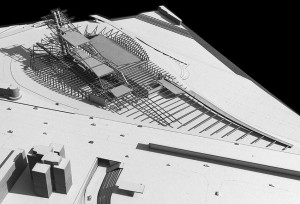